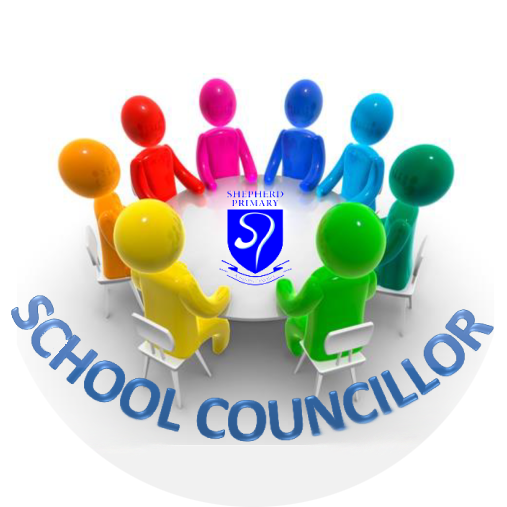 We are the voice of the pupils at Shepherd Primary School

Our school council wants to promote pride in our school by promoting projects which will benefit, and involve everyone.

School council meetings are held at least every half term. Decisions will be made using a hands up or blind voting system. If a decision can’t be reached, it will be put to the whole school. Ideas and questions are put to classes/the whole school before they are voted on in school council.

Congratulations to the following children who have been elected to serve on our School Council this year, led by Mrs Foad, Headteacher: